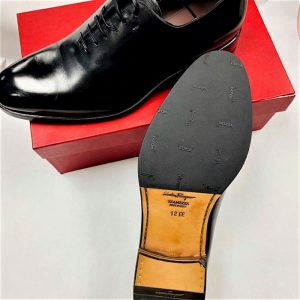 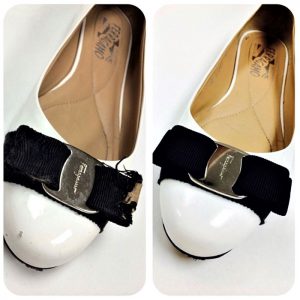 Salvatore Ferragamo arrived in the United States in 1914 and began creating handmade shoes and boots in Boston. He later moved to Hollywood where he became quite famous making handmade shoes for movie stars. While in California, Ferragamo studied anatomy at the University of Southern California for the purpose of learning how to make his shoes more comfortable. In 1927, Ferragamo moved back to Italy where he continued designing shoes for some of the wealthiest people and, later, created the wedge heel in 1936.

The technicians at Rago Brothers repair and restore Ferragamo shoes every single day. Both men’s and women’s shoes arrive at our shop for a variety of reasons, such as: sole and heel replacement, buckle and bow replacement*, heel base replacement, cleaning/refinishing/desalting, rip repair, new insoles, dog-bite damage, collar and interior heel counter replacement, miscellaneous stitching, squeak removal, and width and instep stretching.

*While we do not have all parts in stock, we have the ability to order many parts from Salvatore Ferragamo once we have both shoes at our shop.